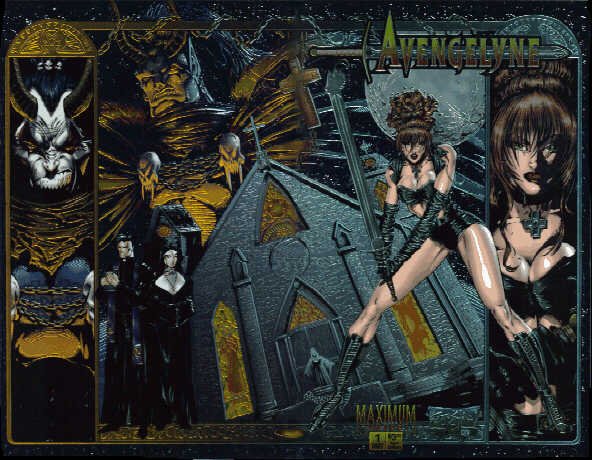 When I first discovered American comics (I collected translated comics of Spider-Man before that time) I found this title -Avegelyne- very appealing. The chromium cover threw me inside and it had art that really made me drool and a concept that thrilled me and was something I had never seen before in comics.

The opening pages displayed a gorgeous woman, standing in the rain and seeking refuge in a church, where a young priest finds her and takes care of her. Those are the pages that thrilled my young spirit...that contemplating pose on the bed with something shiny and see-through almost caressing her body.
Again...those pages made me awesomely intrested in the new American comics. I have collected the title until the first volume ended and it went bad long before that. Andy Park was introduced and the origin of Avengelyne's downfall is told and that combination combined with the ongoing and neverending battle with demons (a concept that got old fast) mad me loose intrestr very fast and I kinda never got over it.
I still cherish the comics I now still have though. The memories of those first read, the awesome coloring and effects and the portrayal of the female body in such a complimentary way...well..it has left scars on my little soul :-) 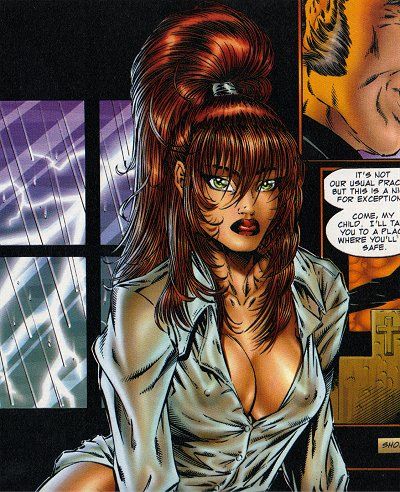 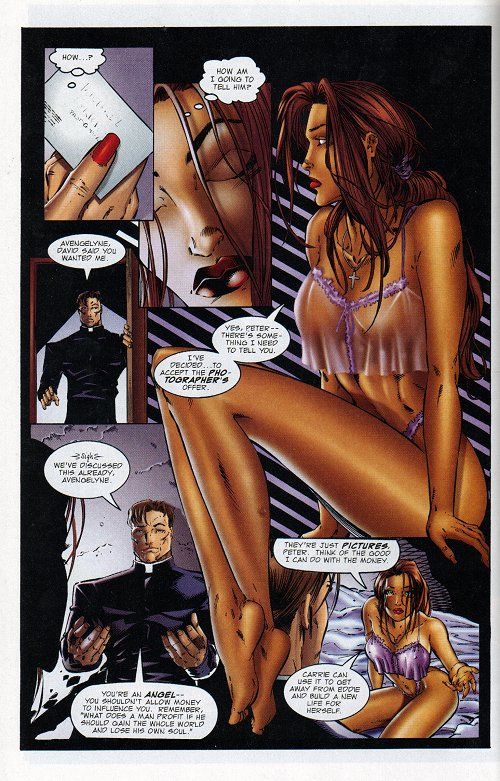 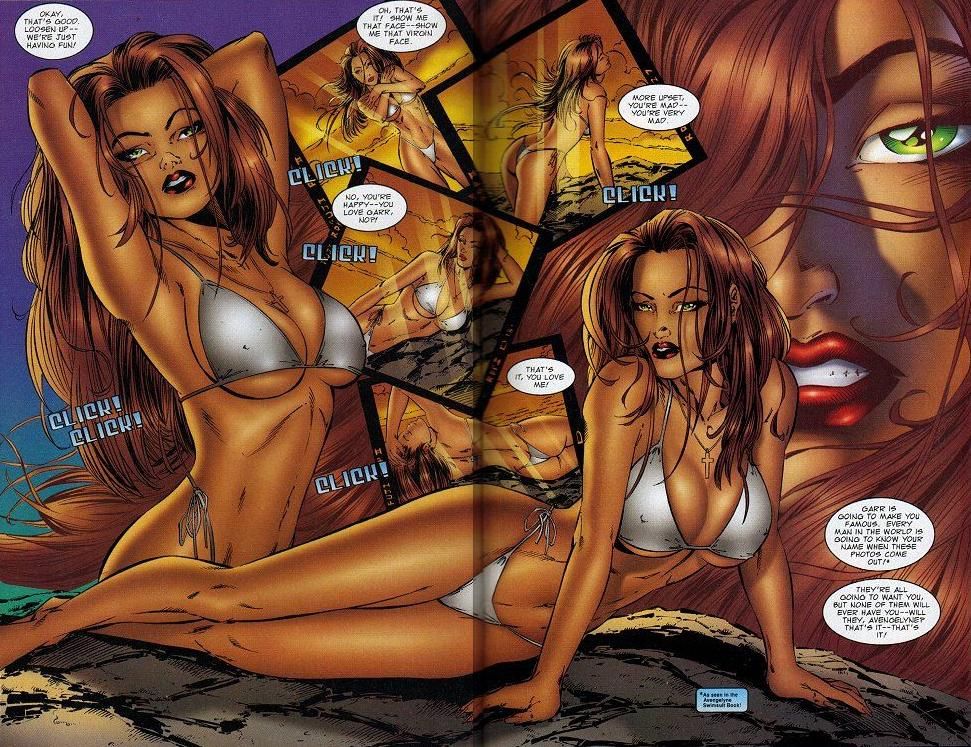 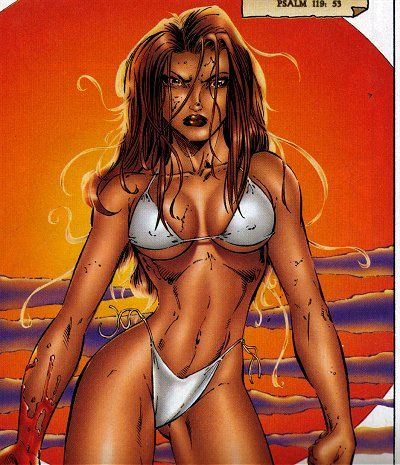 Avengelyne is a story about an angel who sinned against God and is sent to Earth as punishment for her sins. While on Earth, she becomes mortal unlike her immortal angel form. Even with this adversity, she still never loses faith and continues her fight against Demons, the other fallen angels who couldn't resist Satan's promise of immortality and perfection.

Avengelyne is a Seraph angel who was once one of the most feared members of God's Warhost. These angels are the warriors who battle the Dragon and his followers. Divinity, Avengelyne's sister, is a messenger angel a member of the Warhost. A fellow angel of the Warhost, Micah, convinced Avengelyne to question God about his devotion to man. As punishment Avengelyne was sent to earth to live life as a mortal in New York City in the year 1991. All of her angel powers and abilities were taken from her except her strength.