I have been a fan of the series since it first aired on TV in the eighties, and fell in love with the story itself! And the characters ofcourse. Engimatic and mysterious Vincent, funny Mouse, needy, emtoional and strong Catherine! It had everything! A poignant love story, classic literature, poetry, and the introduction and creation of a world below in which there was a place of safety, of love and understanding. A utopia of sorts for the downtrodden, the unwanted, and the abused of the world above. How I wished that such a place really did exist! I fantasized myself walking through those caverns, old sewers, banging the pipes and threading the stairs!! 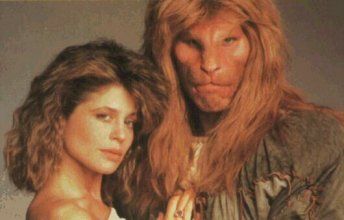 "This is where the wealthy and the powerful rule. It is her world, a world apart from mine. Her name is Catherine. From the moment I saw her, she captured my heart with her beauty, her warmth, and her courage. I knew then, as I know now, she would change my life forever."

"He comes from a secret place, far below the city streets, hiding his face from strangers, safe from hate and harm. He brought me there to save my life: and now, wherever I go, he is with me in spirit. For we have a bond, stronger than friendship or love..and, although we cannot be together, we will never, ever be apart."

When corporate lawyer Catherine Chandler is attacked and left unconscious by thugs, a kindly man-beast whisks her away to his subterranean world beneath Manhattan. Recovering in the opener, Catherine joins the DA's office and encounters her underground friend again when a case she's handling gets hairy. 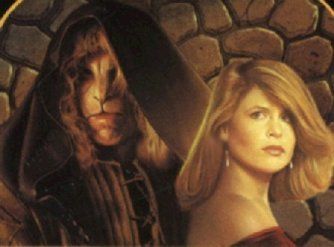 In May 1993 Innovation comics first started to publish an ongoing monthy comic faithfully recreating and expanding upon the Republic Pictures show. Mike Deodato, Jr. is the renowned airbrush painter, who did the illustrations for this series. Unfortunately after the sixth issue the storyline which was to be continued in issue seven never materialized. Soon after Innovation was no longer in business and went belly up.

In 1989 'Portrait of Love' was published by First Publishing. Written and illustrated by Wendy Pini (Elfquest). The Cover Painting is by Olivia De Berandinis.

As all of you fans know, this is the famous painting seen in the episode "Song of the Bluebird'. In this graphic novel Vincent is compeled to create a portrait of Catherine. After which when the portrait is done by Vincent, Paracelsus steals it from him for the portrait represents to Paracelsus something of which he cannot have, nor ever will have, and that is love.

In 1990 'Night of Beauty' was also published by First Publishing. Written and illustrated by Wendy Pini (Elfquest). The Cover Painting is by Jim Warren.

This graphic novel is extremely dark, sad and disturbing in that the story takes place after Catherine's death.

Wendy Pini drew upon the mystical teachings of the Bardo, the non-physical reality that exists beyond the life of the body. The Bardo was written more than 1,200 years ago by Tibetan lamas. In this graphic novel, Vincent crosses over with the help of Narcissa, in order to help Catherine "go towards the light'. It is their love which binds her still to this earthly realm, and it is with Vincent's love that he must help Catherine find her way to the light and thus to be finally at peace.

back
All the info here is derived form other website depicted below and gathered here because I recently found the comics based on the Beaty & The Beast television series, which sparked my intrest in this awesome and so romantic series and hence I decided to put another tribute to my everexpanding site!!