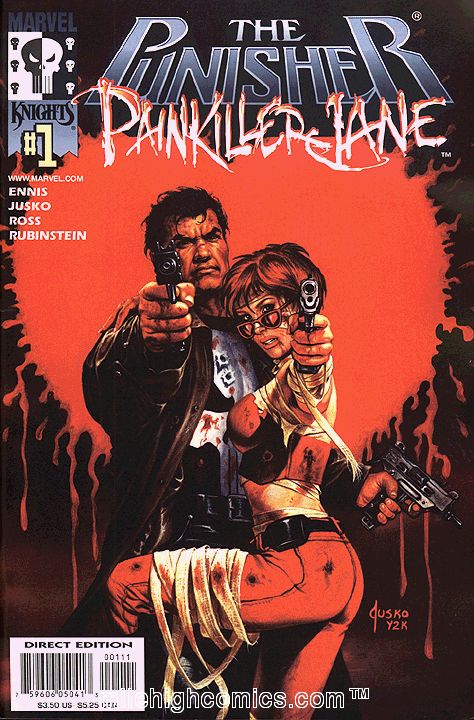 Base of Operations: U.S.A.

Powers/Abilities: Whatever Adam did to Jane gifted her with exceptional recuperative abilities. Minor injuries heal in seconds, and don't even slow her down; more major ones tend to take a few minutes. She has recovered from multiple gunshot wounds, explosions, axes buried in her spine, even a shotgun to the face (which simply knocked her off her feet for a bit). The healing power doesn't stop the injuries from hurting however, which is where her new name come from; given her new profession, Jane tends to get hurt a lot. She normally covers herself with bandages, both to hide her face and to soak up the blood from when she gets wounded.

History: Jane Vasko was an undercover police detective working to inflitrate the Fonti Mob. She was posing as an elevator operator to get closer to the Don, Joey Fonti, and passing the information she was getting on to another detective, Fernandez. Fonti, in the middle of a turf war with his rival Adam, was blackmailing the all-female mercenary team known as the 22 Brides, to fight his battles for him. As Jane spent more time undercover, she came to respect the mercenary squad. When she made to move on Fonti, she found out that he had them at his mercy, and would kill them if Jane failed to obey his orders. In order to keep the Brides alive, she agreed to carry a message to Adam for him, not realising she was being planted with a bomb, which detonated when she got to Adam's home. Adam, not truly human, was uninjured, but Jane was killed. However Adam realised that she had not been behind the assassination attempt, and feeling that she might make life difficult for his rival, Adam somehow brought her back to life.

Jane woke up, unsure of how she had come back to life, in an abandoned subway station filled with high tech equipment. Not too happy with Fonti, she tracked him down and rescued the Brides, leaving the evidence that would send the Don down where her former partner Fernandez would find it. Knowing that she had died, Jane left her old life behind and became the vigilante Painkiller Jane.