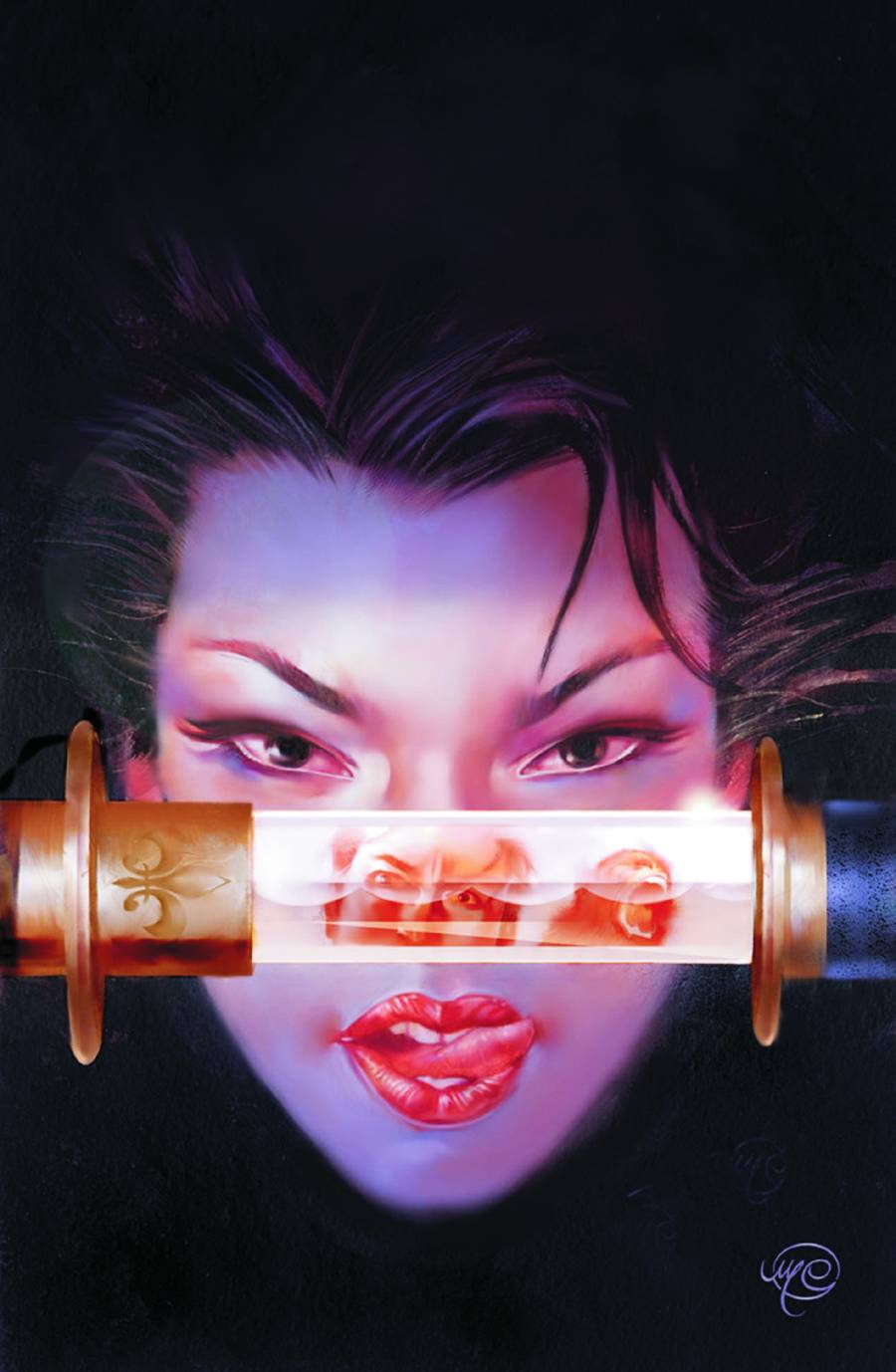 Welcome to the Unmanned world. In the summer of 2002, a plague of unknown origin destroyed every last sperm, fetus, and fully developed mammal with a Y chromosome—with the apparent exception of one young man and his male pet. This "gendercide" instantaneously exterminated 48% of the global population, or approximately 2.9 billion men. Now, aided by the mysterious Agent 355, the last human male Yorick Brown must contend with dangerous extremists, a hoped-for reunion with a girlfriend on the other side of the globe, and the search for exactly why's he's the only man to survive. Collecting the first story arc of Brian K. Vaughan and Pia Guerra's masterly new Vertigo series, Y: The Last Man—Unmanned brings to vivid life the age-old speculation: What would really happen to the last man on Earth?
TPB 2 Cycles (6-10).
After Man. It's 2002, and a plague of unknown origin has killed all of the male mammals on Earth - all except an amateur escape artist named Yorick Brown and his surly helper monkey, Ampersand. As the last remaining Y-chromosome carriers on the planet, Yorick and his pet hold the fate of humanity in their hands. To ensure the survival of the species, they've teamed up with a gun-toting government agent and the world's premier bioengineer to discover the secret behind the plague. But while they ride the rails across a radically transformed America, the man-hating Daughters of the Amazon are right behind them - and an unplanned stopover in the seemingly utopian town of Marrisville, Ohio may mean the end of the line for the Last Man.
TPB 3 One Small Step (11-17; a Pia Guerra, José Marzan, Jr., Paul Chadwick).
The Men Who Fell to Earth Yorick Brown, the only human male to survive a global sex-specific plague, may not be unique for much longer. As he makes his way across the remains of America (together with a secret government agent, a cloning specialist, and the only other male mammal to survive, Ampersand the monkey), the last man on Earth is about to have an unexpected visitation from above: Three astronauts are descending from the exhausted International Space Station, and two of them are men. Risking reentry in a creaky Soyuz capsule is dangerous enough, especially when a fatal disease may still be waiting on the ground. But this trio of spacefarers is also heading directly into an international showdown over who will control the world's supply of males - and there's no guarantee that any of them will survive the crossfire.
TPB 4 Safeword (18-23; a Pia Guerra, José Marzan, Jr., Goran Parlov).
What can one Man do? Now more than halfway across the country, Earth's sole surviving human male (Yorick Brown) and his companions (cloning specialist Dr. Allison Mann and government agent 355) are preparing for the final leg of their journey to San Francisco, where Dr. Mann's most important experiment awaits. But before they can leave, they need to get antibiotics for the planet's only other living male - Yorick's monkey, Ampersand. For Yorick, that means an enforced stay in the back country of Colorado with one of 355's former assistants, the retired agent 711. But Yorick is in for much more than a quiet weekend in the woods. Of all the dangers that he's faced in his travels, what awaits him in 711's small cabin will be the hardest to confront - and will also prove to be the difference between life and death for the world's last man.
TPB 5 Ring of Truth (24-31; a Pia Guerra, José Marzan, Jr.).
Yorick's unbalanced sister Hero tracks him to San Francisco, only to find him seemingly succumbing to the male-killing plague after losing his still-unused engagement ring to agents of the Setauket Ring.
TPB 6 Girl on Girl (32-36; a Pia Guerra, José Marzan, Jr., Goran Sudzuka).
No Man's Land. More than two years after an unexplained plague killed every other male mammal on the planet, the two exceptions - aspiring escape artist Yorick Brown and his pet monkey Ampersand - have traveled across the remains of the U.S. with biochemist Dr. Allison Mann and government operative Agent 355 to Dr. Mann's lab in San Francisco, where she managed to finally isolate the source of their immunity. Unfortunately, that source is within Ampersand's body, which was last seen disappearing under the arm of a mysterious Japanese mercenary. Now, accompanied by 355 and Dr. Mann, the last man on Earth has embarked on a new and even more hazardous journey - following Ampersand's trail across the Pacific, where danger threatens from below as well as above the waves.
TPB 7 Paper Dolls (37-42; a Pia Guerra, Goran Sudzuka).
In addition to catching up on the adventures of Yorick's monkey Ampersand (whose body holds the key to stopping the male-killing plague) and telling the origin of Agent 355, PAPER DOLLS chronicles the search for Yorick's fiancée Beth in Australia — a search that yields a large dose of unwanted publicity for the Last Man and deadly consequences for those he cares for!
TPB 8 Kimono Dragons (43-48; a Pia Guerra, José Marzan, Jr., Goran Sudzuka).
KIMONO DRAGONS brings the hunt for Ampersand - the monkey who could unlock the mystery of the male-killing plague - to its explosive climax, as the last man on Earth and his companions finally reach Japan and discover the truth behind Ampersand's abduction.
TPB 9 Motherland (49-53; a Pia Guerra, José Marzan, Jr., Goran Sudzuka).
Yorick and Agent 355 prepare for their ultimate quest to reunite the last mand with his lost love, while the person, people or thing behing the disaster that wiped out halpf of humanity is revealed.